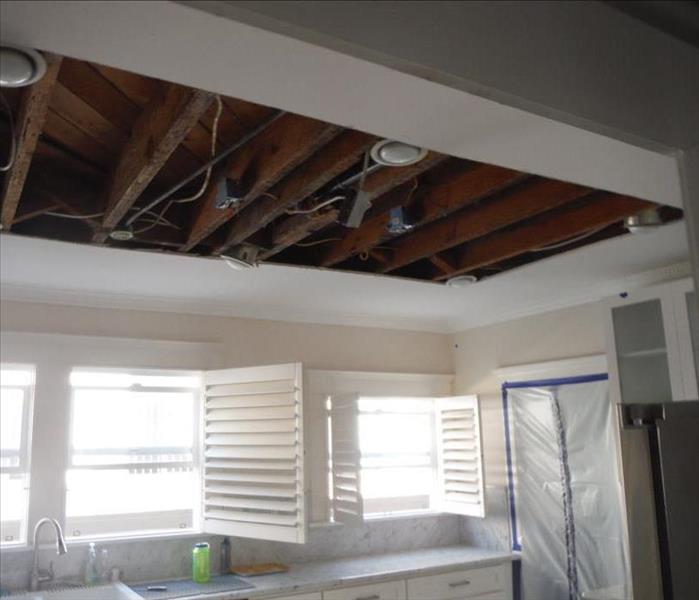 This before picture is the aftermath of a recent set of storms that hit Southern CA. As you can see the kitchen ceiling of this residence in Hollywood, CA was badly affected and damaged by the water leak. SERVPRO of Hollywood Hills/Los Feliz was called out to complete the water mitigation process. The after picture was taken approximately seven days after our SERVPRO emergency crew arrived onsite. The homeowner's were very concerned about the amount of time the dry out process would take. But were very pleased with how quickly SERVPRO was able to complete the demolition and dry out.