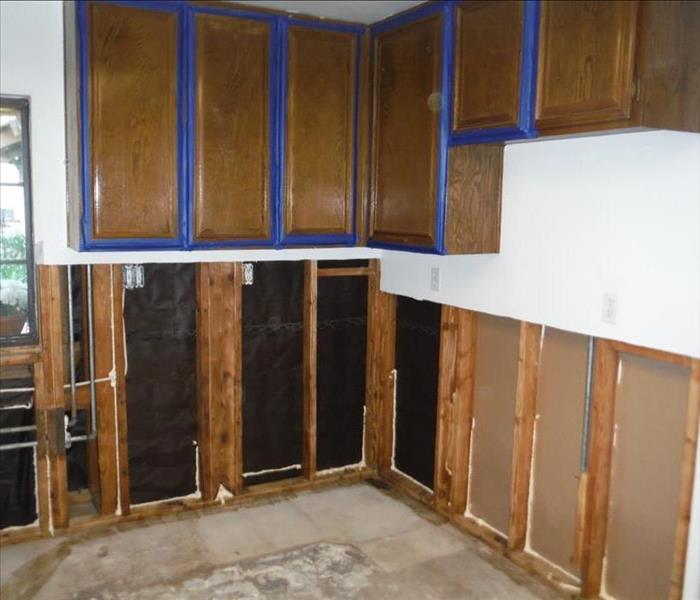 This kitchen was affected by mold which was caused by a dishwasher leak that went undetected for several months. As you can see in the picture, all of the surrounding bottom kitchen cabinets were affected as well as all of the counter tops. The homeowner was expecting a longer restoration process to take place. But SERVPRO of Hollywood Hills/Los Feliz 24 hour emergency crew came to the rescue and was able to restore their entire kitchen in the shortest amount of time possible. The after picture was taken less than a month later and our customer was very much satisfied with the results.